My friend Minnie introduced a new phrase to me last week: xiao dian. It means smiling point, and it’s a Chinese phrase for someone who is always smiling and thinks everything is funny. “You are xiao dian,” she told me, and after being in China for 6 weeks it’s hard not to smile at everything.

Hengyang feels like home now, an exciting feeling I experienced especially coming back from Shaoyang last week. Of course I still struggle ordering food and can recognize only three Chinese characters (if that), but my apartment, the university campus, the streets of Hengyang, it feels more than familiar now. I know how to ride the buses (mostly), which shopping marts are the best for certain items, and have favorite restaurants to eat at with dishes I can order.

The rest of my holiday week has been a wonderful opportunity to meet with more of my students and Chinese friends and also explore even more parts of the city I haven’t been to yet. This week is a little light in the photo department and is a little wordy and sentimental, sorry!

On Tuesday night Lauren and I met up with Mervin and Gari for dinner at an indoor barbecue restaurant. It was the first restaurant we went to that had free refills and an all you can (cook) selection. It was like an outdoor barbecue, where you pick all the meat and vegetables you want and cook them yourself (for 40 RMB). It was so good, and Mervin and Gari are a hilarious duo together. Gari told us this story about walking into the women’s bathroom on accident and a lady told him he was mentally ill (the American equivalent of calling someone crazy) and I could not stop laughing. 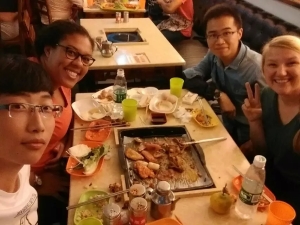 One of my friends from the Club Show wanted to meet up on Wednesday because she brought me peanut candy from her hometown! We sat in a milk tea shop for a few hours with her friend and they taught me more Chinese words and introduced more Chinese music to me. 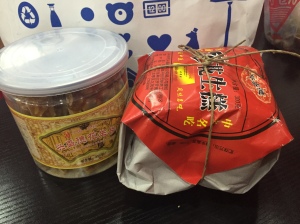 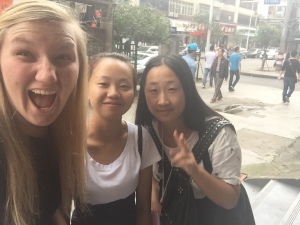 On Friday a student named Charles wanted to talk about an English speech contest he was entering. Charles is already very special to me, and he’s not technically even my student. He peeked into my class last Wednesday and I invited him in. He joined in one of my class activities and told me he would like to come back every week and improve his English.

When we met Thursday morning, we walked to a park and sat and talked for several hours. He brought me sweet potato chips (a popular Chinese snack that is so good!) and bought me green tea and asked me how I liked China so far and what living in America is like.

I asked about his life, and Charles told me he comes from a poor family in the countryside. His parents divorced when he was young, and his father was a farmer. When you come from the countryside in China, it is very hard to go to university and afford the cost. This past spring, right before he took his high school graduation test (the Gaokao), both his father and grandfather passed away from lung disease.

“I joined a group at USC that visits children in the countryside every week.” Charles told me. “These children have been abandoned by their parents, or their parents had to move far away for jobs, so they never see them. I know how it feels to be lonely and I don’t want them to be sad.”

His story hit me in the most profound way and I couldn’t help but start crying. This 17 year old boy has already experienced so much sadness in his life, and he still has such an optimistic outlook. He wants to do his best studying Public Health and become a doctor, and he also wants improve his English and study abroad. He comes from a background of little money, and yet here he was bringing me gifts and buying me things. Charles has one of the most beautiful and selfless hearts I’ve ever met. I came to China hoping to be a light, and he in turn showed me how to do that better than anyone else.

This week has also been really cool because of all the chance encounters with people I wouldn’t normally meet. I went to a tea shop Friday evening to get some lesson planning done, and two guys from Africa approached me and asked to sit and talk with me. There are a few other foreigners in Hengyang besides the American, English, and Irish teachers we know, such as foreign students from Africa and the Middle East that we see around.

One of the guys was a student studying medicine, and the other was actually another teacher in Wuhan. I spent the evening talking with the teacher from Wuhan and we took a walk around the city, sharing stories about teaching and experiences in China. The next morning he also invited me to meet some of his friends and he brought his two little puppies that were the sweetest things ever.

That morning after meeting with his friends, I stopped in McD’s for coffee (and let’s be real, wifi), and this woman asked if she could sit with me and talk. Her name was Sophia, and she told me she wanted to go shopping and travel around China with me. This forwardness from some Chinese people used to take me by surprise, but I’m more accustomed to it now. Most Chinese people aren’t like this, but the ones who are confident in speaking English and have had foreign friends before get really excited when they have the chance to meet another foreigner.

I’ve loved getting to know the Chinese people in Hengyang and building closer relationships with them. It’s also been a fun weekend hanging out with Drew, Brittany, and Lauren – making fajita’s, watching movies, shopping, and playing scrabble until 1:30a.m. 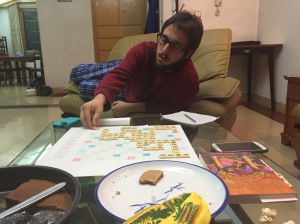 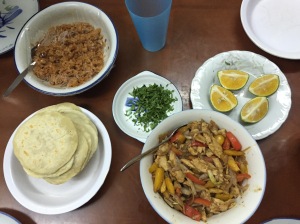 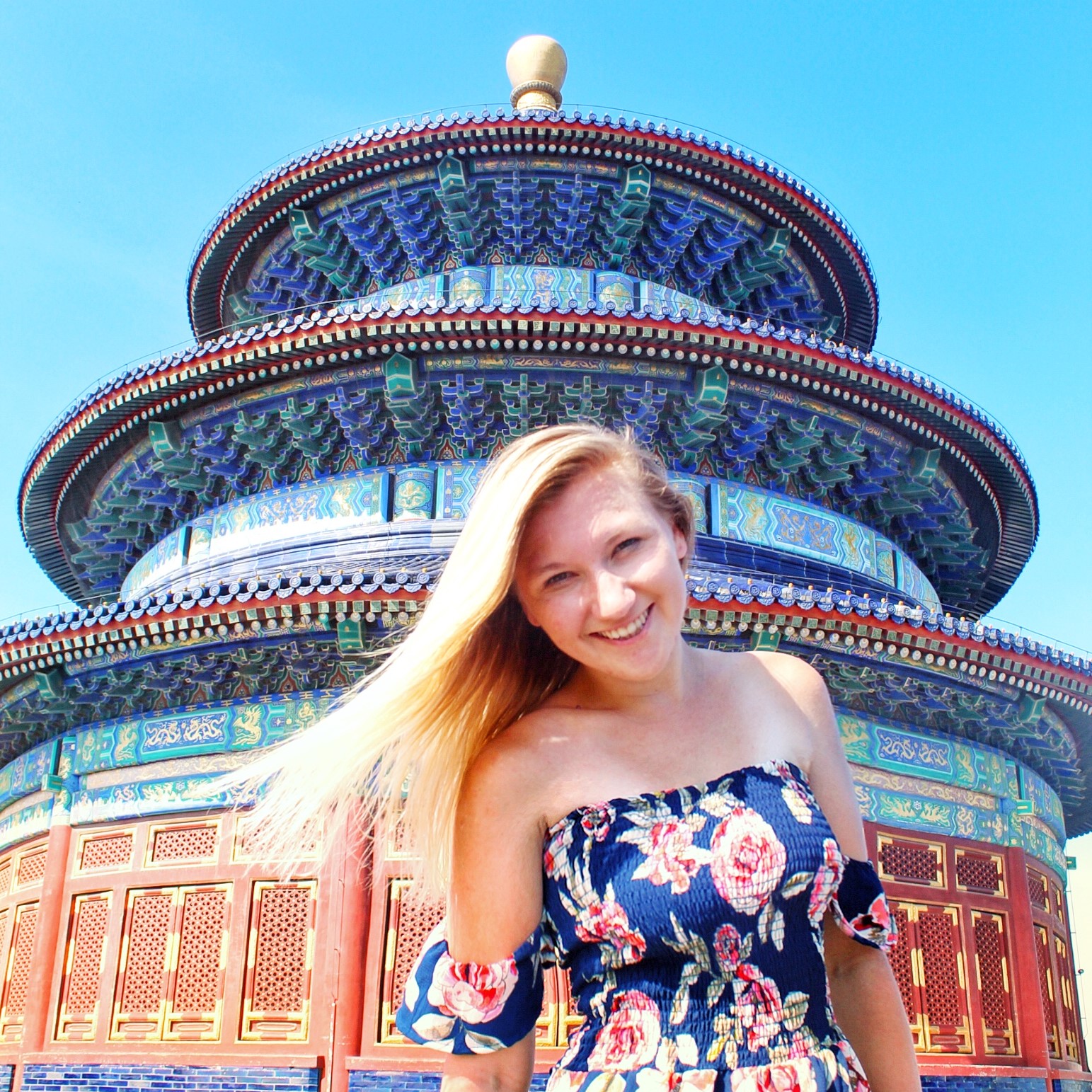