The city of Guangzhou has a colorful and rich history marked by a number of beautiful temples that date back hundreds of years.

While these temples may not be world-wide famous, they each have their own unique history and special significance to Guangzhou, and all are worth a visit to see!

The Guangxiao Temple (Chinese: 光孝寺) is one of the oldest Buddhist temples in Guangzhou. The temple was damaged during the Cultural Revolution and other movements, but in the 1980s it was rebuilt to some of its former beauty.

Getting There: Take the metro to Ximenkou Station Exit C and walk north to the end of the road 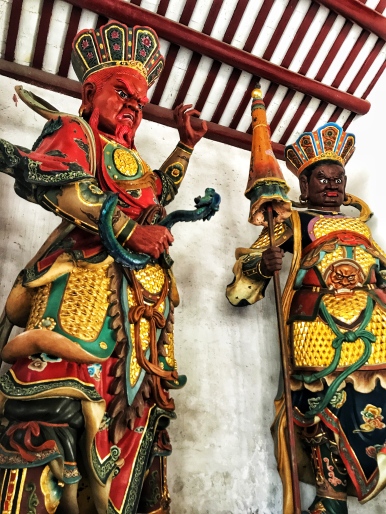 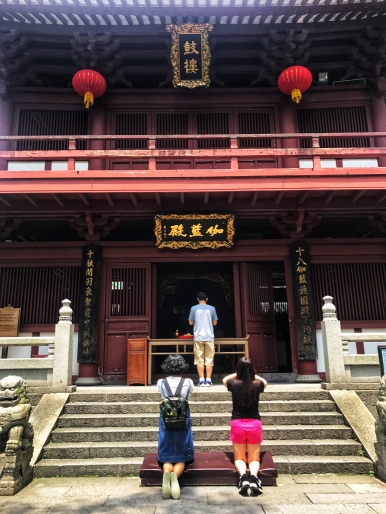 2. Temple of the Six Baiyun Trees

The Temple of the Six Banyan Trees or Liurong Temple is a Buddhist temple in Guangzhou, China, originally built in AD 537. There’s also a beautiful pagoda here, and just outside the temple area is an older and peaceful area to walk around Guangzhou (and eat some great local food).

Getting There: Take the metro to Gongyuanqian Station Exit I2 and walk west 5 minutes and then north

The Dafo Temple (Chinese: 大佛寺 meaning Grand Buddha Temple) is a Buddhist temple in Yuexiu District, right in the middle of the famous Beijing Street. It was built more than one thousand years by Emperor Liu Yan in the Southern Han dynasty (917–971). It has been praised as one of the “Five Largest Temples of Guangzhou” in history and is especially amazing at night when it lights up and looks like the whole building is glowing.

Getting There: Take the metro to Gongyuanqian Station Exit D and walk south towards Beijing Lu

The Tin Hau temple architecture combines the style of the Forbidden City in Beijing and Dr. Sun Yat-sen’s Mausoleum in Nanjing. While it’s farther outside the city than the others, it’s one of my favorites I’ve visited.

Getting There: Take Metro Line 4 to Jinzhou Station, then take bus 4 all the way to the temple (about 30 minutes). 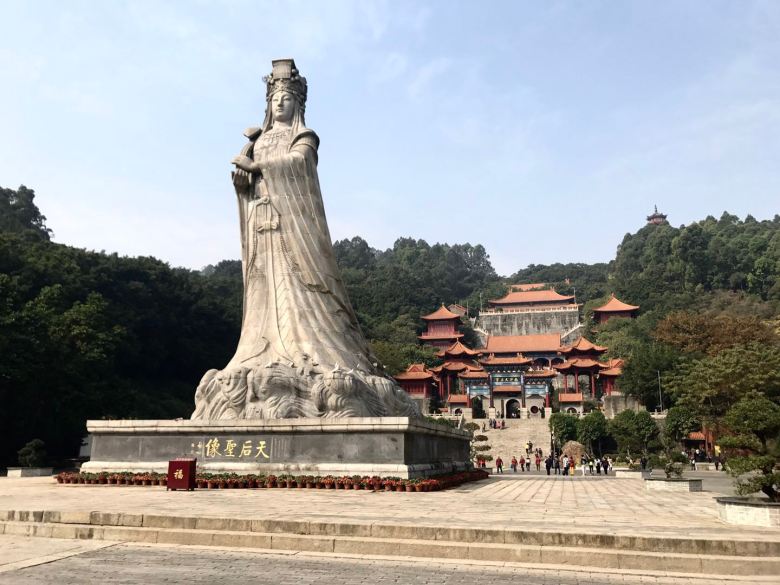 The Chen Clan Ancestral Hall is an academic temple in Guangzhou that built by the 72 Chen clans in the Qing Dynansty. Students used to prepare for imperial examinations here, but now it is home to the Guangdong Folk Art Museum.

Getting there: Take the metro to the Chen Clan station 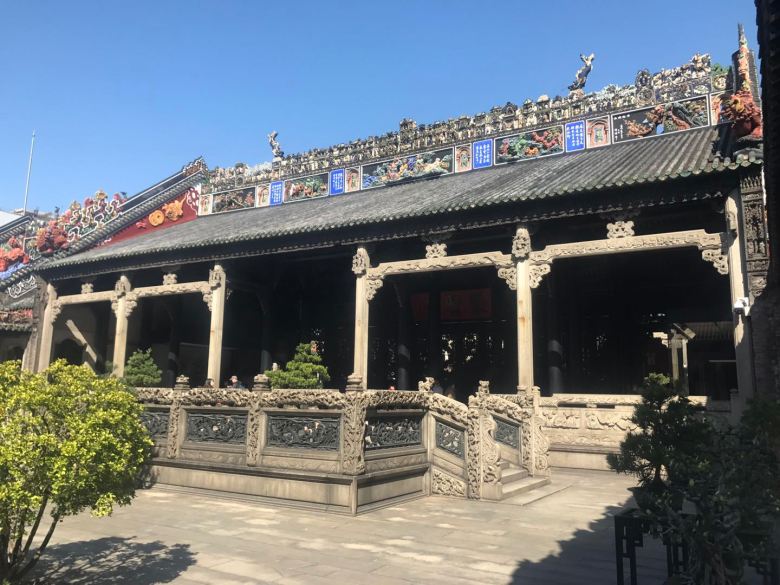 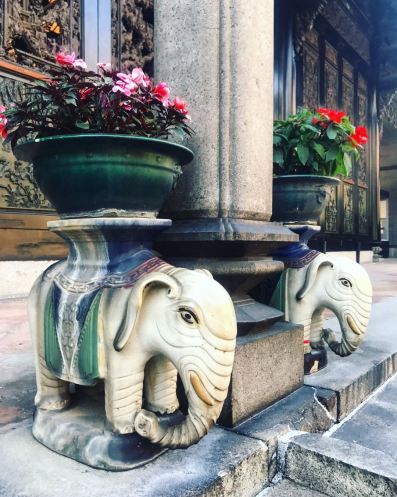 Exploring temples is one of my favorite things to do in China. I especially love strolling around during the morning time, when there are just a few people bringing incense and fruits as offerings.

Even if you’ve seen lots of temples around China and Asia, you’ll still find something special at each place and have the chance to witness local Chinese customs and spiritual practices.

Read about some other temples I’ve visited around China and Asia:

Have you visited any temples in China or Asia? Which ones are your favorites?

Until the next temple!